Hosp on the Box: The Hotel Inspector - The Bulstone Hotel 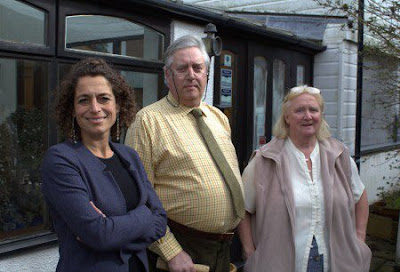 Episode 8 is summarised on catch-up service My5 as:


"Husband and wife Judith and Kevin have run their hotel for 20 years, but their once busy establishment has fallen out of favour with Britain's family staycation set."


Watch the episode here and then let us know your thoughts in the comments section below.

Morphing into Brian Potter in front of our eyes! I can't breathe, this is too funny. #hotelinspector
— Kerry Lynch (@kerrylynch1) 20 July 2016


There was hunger for a spin off...


A hefty instruction for Judith...

A remark that the show is a summer scheduling diamond...

Still love @alex_polizzi_ 's #hotelinspector.
In the dredge of summer scheduling this is one of the only things worth putting on👍
— Peter Eccleston (@Ecclestonshire) 20 July 2016


Praise for the producers...

The #HotelInspector producers should be given a thorough pat on the back - what an incredible season this has been.
— ATM (@ALLTHINGSMEDIA_) 20 July 2016


Comment of note from the country's top telly critic...


And even Paddy pitched in...