Hosp on the Box: The Hotel Inspector - The Blue Inn 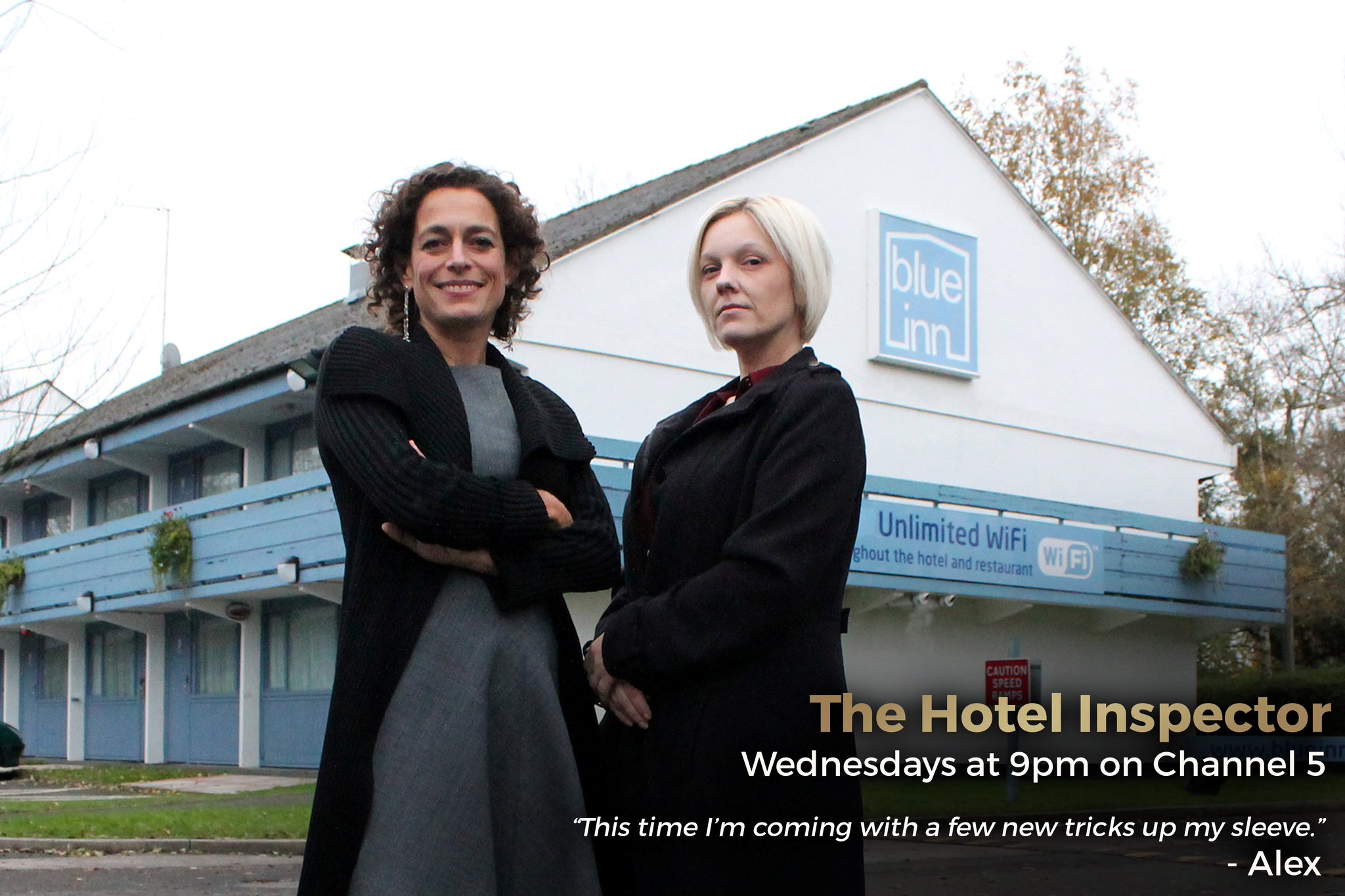 Episode 1 is summarised on catch-up service My5 as:

"Alex turns referee to solve a problem between a hotel manager and the owner, who monitors her every move on CCTV cameras from her office in Paris."

It was out with the old -  in the form of The Apprentice narrator Mark Halliley - and in with the new, by means of Big Brother style diary entries from Alex Polizzi as the twelfth series of The Hotel Inspector returned on Wednesday 1st June.

With a slightly tweaked format, chiefly revolving around surprise swoops upon struggling hoteliers, the new series kicked off at The Blue Inn, an out and out budget hotel in Redditch.

By far the most popular verdict on Twitter appeared to be...

That was a telly treat. Stumbled across the return of the #HotelInspector - @alex_polizzi_ always straight talking, always right!
— Mark Carter (@MarkCarterMC) 1 June 2016